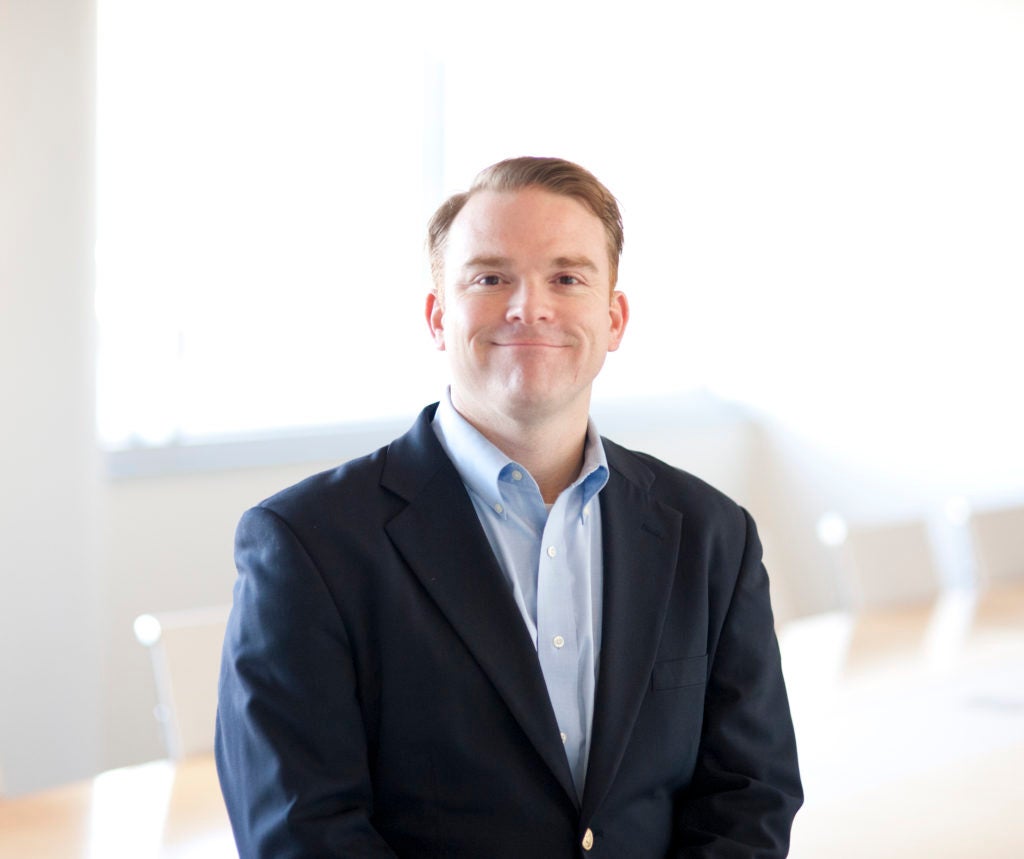 Jeff is a Director with the McLean Group, a leading investment bank providing objective strategic and financial merger and acquisition advisory services and business valuations. Prior to joining the McLean Group, Jeff worked for FBR & Co. and CGI Federal (formerly American Management Systems). Mr. Conn earned a B.A. in Economics, with a second major in Environmental Studies, from the College of William and Mary, and an M.B.A. from the McDonough School of Business at Georgetown University, where he was inducted into the Beta Gamma Sigma academic honor society. Jeff resides in North Arlington with his wife, Dr. Courtney Conn, his young son Jackson, and his English Bulldog, Eli.  Jeff enjoys spending time with his family, playing squash, and watching live music.

Jordan is a Client Advisor at Bernstein Private Wealth Management, a global investment management and  research firm. In addition to supporting the philanthropic efforts of Georgetown Lombardi   Comprehensive Cancer Center through Friends of Lombardi, he also serves on the Board of Directors for Strive, a non-profit dedicated to spreading the power of character-driven leadership to student-athletes and coaches. Jordan earned his B.A. in Economics from Yale University.

Matt is currently Vice President of Investor Relations at Danaher Corporation, a multi-industry science and technology company, based in Washington, D.C.  Prior to joining Danaher, Matt was an Equity Research analyst at both Morgan Stanley and Barclays Capital in New York City after graduating from Villanova University.  Matt is excited to be part of the Friends of Lombardi organization – both he and his wife, Courtney, have been impacted by loved one’s having cancer and feel it is important to give back through such a great organization as Lombardi.  Matt and Courtney reside in Georgetown and have two young daughters, Emery and Cecily.  He enjoys spending time with his family, Buffalo sports, Villanova basketball, golf, and hockey.

Eric is a Corporate Development and Investment professional with over 10 years of technology focused Investment Banking, Private Equity, and Venture Capital experience. He is currently a Principal of SAP’s Private Equity group focused on strategic partnerships, direct / coinvestments, and M&A activities. Eric began his career in the United States Government’s Department of Defense and later worked with a variety of stakeholders in the public and private sector during the US economic crisis of 2007-2010. His primary responsibility was negotiating capital allocation of the Treasury Department’s Troubled Asset Relief Program (TARP). After 5+ years in technology based investment banking, he later joined TPT Global, a large global holding company, focused on technology transactions. Eric attended, played football, and was Captain of the Rugby team for Franklin & Marshall College. He has a MBA from George Washington University’s School of Business. Eric now resides in Washington, DC, with his wife and 3 kids. He is a frequent speaker and author of thought leadership on Private Equity / Venture Capital and mergers and acquisitions best practices.

Michael is a Vice President and Financial Advisor in Bernstein Private Wealth Management. He advises high-net-worth families, foundations and business owners on all aspects of wealth planning. For business owners, this includes pre-M&A planning and execution. Michael also works extensively with officers and executives of publicly traded companies on wealth planning matters related to stock-based compensation. Michael received a BA in political science from Lynchburg College and an MBA from the Darden School of Business at the University of Virginia. Michael resides in Alexandria, VA with his wife Rachel and their two young children, Luke and Alexandra. When not spending time with his clients or working with FOL, Michael enjoys kiteboarding and playing guitar.

Heather is a senior consultant for KPMG LLP in the People and Change practice. She advises commercial and federal clients on organizational change management, training and strategic communication strategies. Prior to KPMG, Heather worked for Johnson and Johnson in medical device sales and served as a resident for the United Nations Foundation with the private sector engagement team working on Global Women and Children’s Health initiatives. Heather has a passion for healthcare, as she and her family spent 10 years volunteering in Tecate, Mexico. A native of Southern California, Heather received her BA in Communication from the University of Southern California and her MHSA from Georgetown University. Heather resides in Dupont Circle Washington, DC.  She enjoys spending time with family, traveling and playing tennis

Adam is an Executive Vice President at Colliers International, a leading global commercial real estate firm located in downtown Washington, DC. Prior to joining Colliers, Adam was a partner at Serten Advisors (acquired by Colliers in 2017). He received CREBA’s prestigious 2015 Leasing Agent of the Year award for Maryland and has been recognized for numerous “Deal of the Year” nominations throughout the course of his career. Over the past several years, Adam was twice named one of Bisnow’s “35 under 35.” As an active member in the community, he serves on the boards of several local companies and professional organizations including Best Buddies, Friends of the Lombardi Cancer Center, the Jewish Social Services Agency and the Rock & Roll for Children Foundation, Inc. Adam also volunteers at the DC Capital Area Food Bank and Bread for the City.

A native Washingtonian, Brett graduated from University of Maryland in College Park and now resides in downtown DC. Brett is a commercial real estate broker at CBRE, the largest commercial real estate services and investment firm in the world. Brett focuses on tenant and landlord representation throughout the Northern Virginia region. Brett’s father, Paul, was one of the pioneers of the Men’s Event for Prostate Cancer in 2000, and continues to play a major role in the Cancer Center’s efforts. Brett has been exposed and involved with Lombardi since an early age, and remains committed to making a difference in the fight against cancer. Cancer has had a direct impact on the Schweitzer family, which fuels and motivates Brett to raise awareness and advance the research that Lombardi excels in. Brett is an avid (and loyal) Washington sports fan, but has yet to witness any of his teams win a championship.

Kelly is a DC native who got involved with the Lombardi Gala through her parents, Mark and Molly Decker, in high school. Lombardi holds a special place in her heart, as her late sister-in-law was treated at the Lombardi Comprehensive Cancer Center. After graduating from the University of Kentucky with a Bachelor’s of Science in Nursing, Kelly was eager to join Friends of Lombardi and begin to give back on her own.  She and her husband, Patrick, have become deeply engaged in this wonderful organization, and try to bring in as many young professionals as they can. Kelly is a Labor and Delivery nurse at Holy Cross Hospital in Silver Spring. She is the Alumnae President of her high school, Connelly School for the Holy Child, and volunteers for Catholic Charities. She is an avid reader, and loves to spend time with her seven nieces and nephews whenever she can.

Patrick is a DC transplant from down south in Tennessee. He attended the University of Tennessee Knoxville and bleeds orange and white year round. Shortly after graduation he moved to the DC area in January 2011 and began his career in the consulting world. Patrick became involved with Friends of Lombardi when he met his wife, Kelly, and began attending different events. He is currently a Senior Consultant with Dun & Bradstreet’s government team in Reston, VA. He enjoys Tennessee athletics, jogging with his dog Peyton, and pick-up basketball games.

Mark L. Wooters is a Senior Director focused on Owner Representation in Washington, DC. Mark has been involved in over 6 million SF of transactions with a dollar value exceeding $550 million. In 2015 and 2016, Mark received the CREBA Leasing Transaction of the Year which is a testament to his creative deal making and persistence on behalf of his clients. Prior to joining Cushman & Wakefield, Mr. Wooters was an Associate Director of Leasing for Vornado/Charles E. Smith, Vornado Realty Trust’s Washington, DC operations. He and his team were responsible for Vornado’s more than 20 million-square-foot office and retail portfolio in the Washington Metropolitan area. Before joining Vornado / Charles E. Smith, Mr. Wooters had a successful six-year career at Marsh USA Inc.